This is more than a health crisis: here&#039;s a 10-point plan for avoiding recession 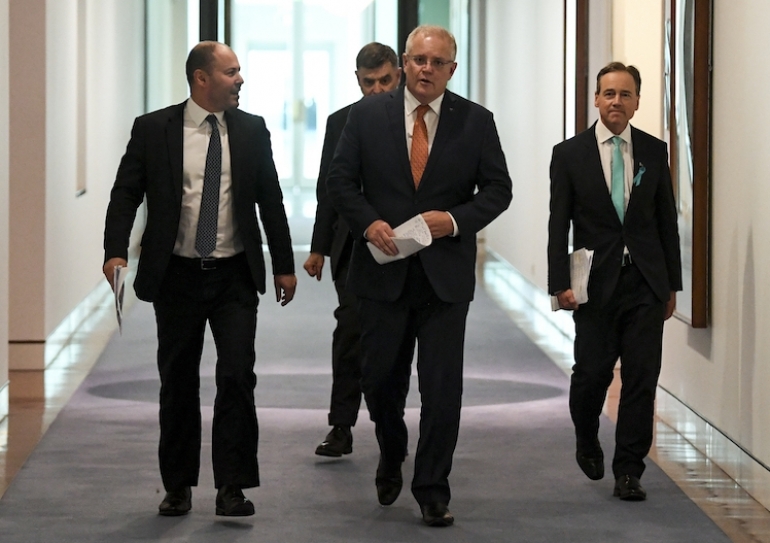 The world economy is teetering on a knife edge: the Chinese and Indian economies were slowing even before the COVID-19 Coronavirus, and as Australia was recovering from one of its worst bushfires.

Share markets around the world collapsed at the end of February and haven’t recovered. Business and consumer confidence has been shattered.

The national accounts for the December quarter tell us that business investment was falling throughout 2019, at a time when budget forecasts said it would climb.

Last week Treasury Secretary Steven Kennedy said the coronavirus would take “at least half a percentage point” off economic growth in the present March quarter, on top of a loss of the best part of 0.2% as a result of the bushfires.

Given that the most recent growth figure (for the December quarter) was 0.5%, that’s likely to mean negative growth - less being produced and earned than the quarter before, which is literally a going backwards, a recession.

Global ratings agency Standard & Poor’s has identified Australia as one of six Asia-Pacific countries along with Japan and Korea that are about to “enter or flirt with recession”.

What is a recession?

In Australia a recession is usually defined as what happens when there are at least two quarters of negative economic growth in a row.

The United States does it differently. There, the National Bureau of Economic Research assembles a committee that makes a judgement about whether or not the US is in recession based on a number of cretiria including worsening incomes, worsening employment, worsening production and wholesale retail sales.

The usual Australian definition would suggest we haven’t had one for 29 years.

The American definition would suggest that given what happened to unemployment (and especially long-term unemployment) during the global financial crisis we probably had one then.

Once a recession starts, it can feed on itself with unemployment rising rapidly, which is why it’s important to stop it straight away.

How do we avoid one?

The traditional (Keynesian, and also post-Keynesian) economic prescription when an economy is facing a downturn or recession is to massively boost public investment, cut taxes for low income earners (who have a higher propensity to consume) and boost social security benefits.

It’s what Labor did during the global financial crisis, except that it delivered cheques to low and middle earners after taking advice that payments would be more effective than tax cuts, and less costly long-term.

Even though interest rates are at historic lows, the business sector is understandably scared of investing.

Uncertainty about government policies on energy and climate change, the US-China tariff war, and disrupted and uncertain supply chains because of the coronavirus have frozen its “animal spirits”.

The Coalition hopes to get around this by offering incentives for businesses to invest, on the theory the incentives will work where low interest rates have failed.

I’m not so sure. Here’s what I propose, which has the added benefit of fixing a number of problems that need to be fixed anyway.

The prime minister says his plan will be “scalable”. It’ll need to be. Australia is facing its most serious economic crisis for twelve years, if not three decades. The consequences of not acting quickly or strongly enough will last for a long time.