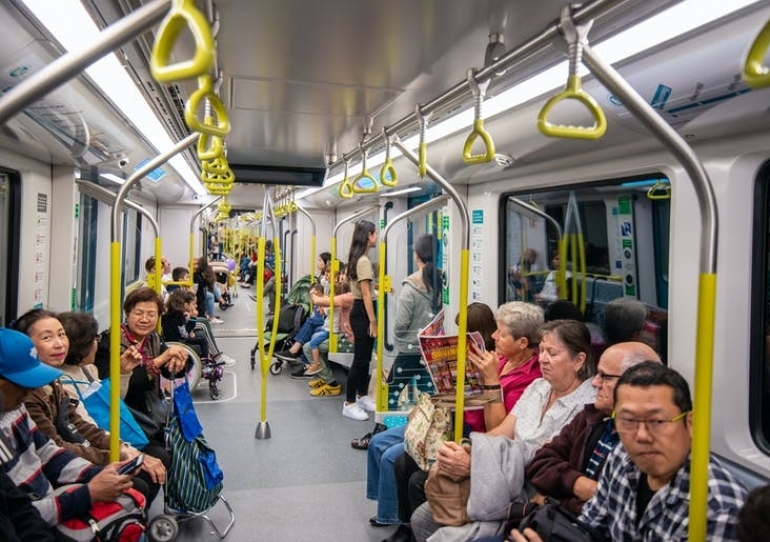 Big data analysis has long supported major feats in physics and astronomy. But more recently we’ve seen it underpin breakthroughs in the social sciences and humanities.

Since the landmark paper Computational Social Science was published in 2009, a new generation of data analytics tools has given researchers insight into fundamental questions about how we communicate, who we are and what we value.

For instance, by analysing the relative frequency of certain words in historical texts, researchers can identify important changes in our use of language over time.

In some cases these shifts will be obvious, such as the use of archaic words being replaced by more contemporary words. But in other cases, they may reflect more subtle but widespread social and cultural changes. Below are some of the most influential data-centric discoveries from the past 10 years.

Over the past decade, a growing number of global open data sources have helped researchers reveal patterns in what we read, write and pay attention to. Google Books, Worldcat and Project Gutenberg are just some examples.

The release of the Google Books n-gram viewer in the early 2010s was a game changer on this front. Using the entire Google Books database, this tool shows you the relative frequency of a specific term or phrase as it has been used over hundreds of years. Researchers have used this data to explore the systematic suppression of the mention of Jewish painters, such as Marc Chagall, in German books during World War II.

Data analysis can also reveal patterns in the expression of human emotions over time. CSIRO’s We Feel tracks emotions in communities around the world. It does this by analysing the language people are using on social media in real time and mapping it out.

The tool can be used to determine the general mood over time (hour by hour, day by day) within particular cities and countries. Patterns in these data can then be explored in association with other information, such as weather, holidays and economic fluctuations.

Some research findings even claim to represent fundamental changes in humans’ social values, community sentiment and how we think (for example, the rise and fall of words associated with rationality such as “method”, “analysis” and “determine”).

Here are some key findings in this space:

In the field of psychology, the same data analytics tools have shown that people’s personalities can be measured using the “Big 5” traits, which largely become stable in adulthood.

This was possible thanks to extensive data sets such as HILDA in Australia, the German Socio-Economic Panel in Germany and the British Household Panel Survey in the UK.

Robust studies have also demonstrated that personality traits can be reliably and accurately predicted from a variety of data sources including voice recordings, mobile phone usage patterns and even portrait photographs.

In turn, there have been some remarkable associations found at scale between personality and:

In economics, we’re seeing major research frontiers being opened up thanks to data analysis, including in:

Some have argued data science poses a fundamental challenge to the traditional sciences, with the emergence of “post-theory science”. This is the concept that machines are better at understanding the relationship between data and reality than the traditional scientific method of hypothesise, predict and test.

However, reports of the death of theory are perhaps greatly exaggerated. Data are not perfect. And data science based on incomplete or biased data has the potential to miss, or mask, important patterns in human activity. This can only be addressed by critical thinking and theory.