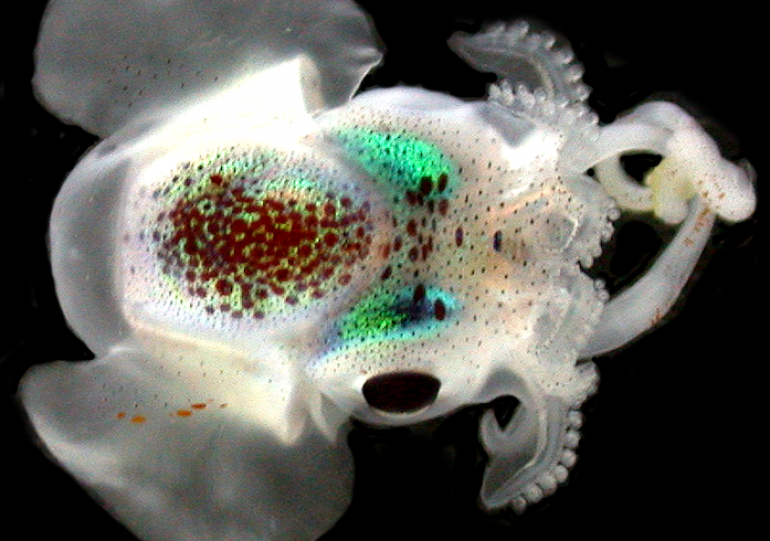 Iridoteuthis merlini was discovered by Dr Mandy Reid, manager of the malacology collection, Australian Museum Research Institute. She named the species in honour of Professor Crossley in recognition of his highly valued contribution on the Trust of the Australian Museum from 2012–21, and as previous chair of the Science Advisory Board.

“Professor Crossley is an eminent researcher in the fields of genetics and microbiology and has played a pivotal role in supporting and promoting science at the museum, and beyond,” Dr Reid said.

“Through his work and support, my colleagues and I have enjoyed many wonderful life experiences both professionally and personally. I knew that Professor Crossley had a soft spot for this group of intelligent animals, so the name seemed like a good fit.”

Professor Crossley was particularly delighted by being honoured with the naming of a new species of butterfly bobtail squid.

“This is a unique honour. This group of animals are the bright sparks of the sea, and uniquely intelligent,” he said.

“I loved my time on the governing body of the Australian Museum and was repeatedly impressed by the world-class science they do, its quality and relevance. I also liked the way the community worked together and connected with other institutions and the public at large. There is a really important human dynamic at the museum and the kindness shown is reflected in the careful name choice of a bright new squid,” Professor Crossley said. 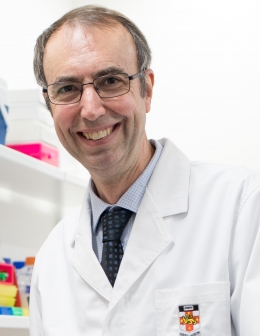 Dr Reid found Iridoteuthis merlini when studying some Stoloteuthis maoria type specimens that were described in New Zealand in 1959 – ‘types’ are those used to define a species when they are first named. She found that the type specimens were muddled, and comprised not only two species, but also represented two different genera: Iridoteuthis and Stoloteuthis.

“The males are the ‘real’ Stoloteuthis maoria and the females belonged to an undescribed species, now formally described and named Iridoteuthis merlini,” Dr Reid said.

Commenting on their luminous quality, Dr Reid said the squid really do sparkle in every sense of the word.

“Sometimes referred to as ‘butterfly bobtail squid’ because of the way they swim by flapping their round fins, Iridoteuthis have silvery sides, colourful shields on their underside and have huge round eyes that take up a large proportion of the sides of their heads,” she said.

“They store phosphorescent bacteria in a special ‘light organ’, and the light intensity can be switched on and off by the squid. They can adjust the light by depriving the resident bacteria of oxygen or giving them an extra ‘burst’ to increase the glow. In times of trouble, they can squirt jets of these luminescent bacteria into the water to surprise potential predators.”

Iridoteuthis merlini is found in the open ocean off New Zealand as well as eastern and south-eastern Australia. Testament to the unique and biodiverse marine fauna in our region, the two new species Iridoteuthis merlini and Iridoteuthis lophia are two of only three species that are formally known to belong to this small group of enigmatic cephalopods.

These discoveries underpin the importance of museum collections and the endless surprises they contain. This spectacular new species of butterfly bobtail squid demonstrates the significance of international scientific collaboration, and the need for rigorous taxonomic research to learn more about the fascinating creatures that share the planet with us.