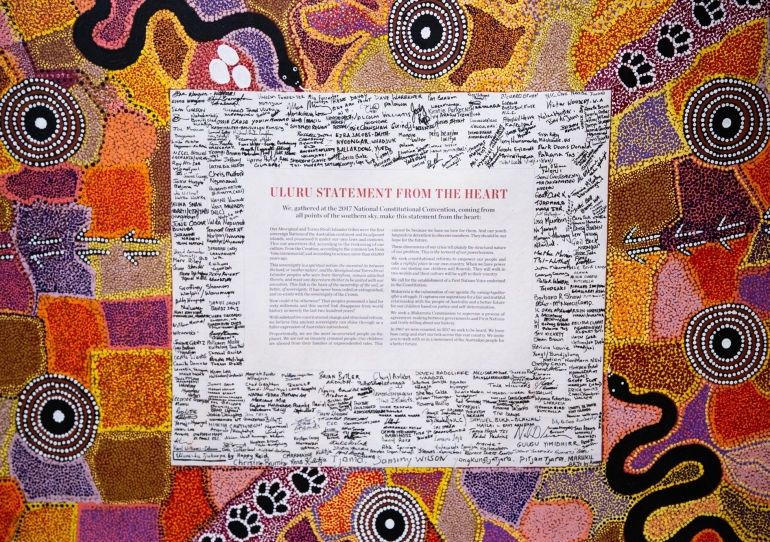 Detailed analysis of public submissions, published in a report today, shows that 86 per cent expressly support the constitutional enshrinement of an Indigenous Voice to Parliament, and a further 4 per cent express in-principle support.

The expert analysis, conducted by three UNSW academics for the Indigenous Law Centre – Professor Gabrielle Appleby, Emma Buxton-Namisnyk and Dr Dani Larkin – also reveal one-third of submissions expressly say that they do not support the approach of legislating an Indigenous Voice.

This includes the express lack of support for legislating an Indigenous Voice with a view to pursuing possible constitutional enshrinement in the future.

“I’ve just been blown away by the civic engagement with this process,” Professor Megan Davis, UNSW Balnaves Chair in Constitutional Law and Professor of Law, says.

“People want the government to give them a say, they are asking the government to take this issue to a referendum. The Prime Minister should be confident from this process that there is a broad commitment across the Australian public.”

The report by UNSW Indigenous Law Centre (ILC) examines all 2554 public submissions available online. Submissions have been received from Australians from all walks of life.

They include submissions from Indigenous and non-Indigenous individuals and organisations, from legal experts and primary school children, from health care workers and religious leaders to big corporations.

A First Nations Voice to Parliament, enshrined in the Australian Constitution, is a primary call within the Uluru Statement from the Heart.

“The public took the opportunity to use this submissions process to state, very clearly, that they support a constitutional referendum and do not support a legislate first approach,” Emma Buxton-Namisnyk, a co-author of the report, says.

“The government is now on notice that the public wants them to lead on this issue, and a legislate-first approach will not cut it. 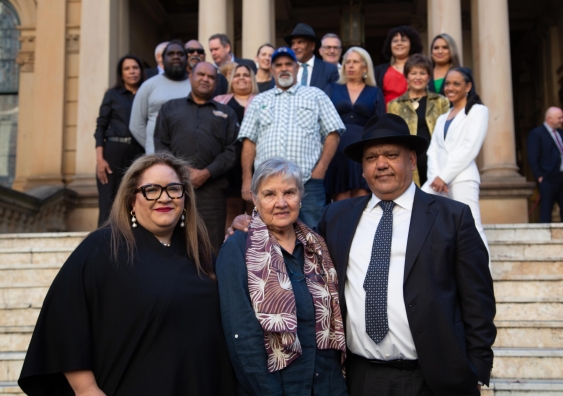 The Uluru Statement from the Heart was announced as the winner of the 2021 Sydney Peace Prize. Professor Megan Davis, Pat Anderson AO and Noel Pearson (pictured) accepted the award on behalf of those who participated in the Uluru Dialogue process. Some of those who participated (pictured in the background) attended the announcement ceremony in Sydney last month. Image: UNSW Indigenous, Adam Phelan.

“Having read every public submission, it is clear that constitutional enshrinement of the Voice will be a popular reform. Australians have used this opportunity to state overwhelmingly that this reform is fair, it is practical and that it is long overdue.”

The high number of public submissions in the Indigenous Voice Co-design Process shows how engaged Australians are with the Uluru Statement and a constitutionally protected Indigenous Voice to Parliament, Prof. Davis says.

“I’m so proud of the engagement of Australians and Aboriginal and Torres Strait Islander people with what are really complex questions.”

The final analysis shows an increase in support for constitutional change from the findings of ILC’s preliminary analysis.

These most recent conclusions reinforce what public surveys have already revealed.

The Australian Constitutional Values Survey, which was conducted in February 2021, shows that 75 per cent of those Australians who have an opinion about the issue support a constitutionally enshrined Indigenous Voice.

Powerful arguments from the public for constitutional change

One submission, highlighted by the ILC report, speaks to the importance of the Constitution in its ability to protect a Voice to Parliament from future abolition.

“The voice is about who we are as a country,” it reads.

“It represents a core principle about how this country should operate and it belongs at the highest level of our legal structures. Not subject to whims of passing governments but standing solid for all time.”

Read more: Four years after Uluru, the chance for an enduring Voice dawns

It is a sentiment also echoed by many submissions that highlight the importance and mandate of the Uluru Statement, which was the culmination of unprecedented consultation and dialogue with First Nations communities.

“The delivery of the Uluru Statement from the Heart was a watershed moment for this nation,” another submission says.

“The statement, representing the culmination of an unparalleled consultation of First Peoples … called for an end to the structural exclusion of First Nations and delivered a clear path forward for empowerment and unity.

“The path forward requires that a structural promise to listen to Aboriginal and Torres Strait Islander voices be enshrined in the Australian Constitution.”

Voice: where are we now?

The public submissions process was a part of the National Indigenous Australians Agency’s (NIAA) consultation following the release of the Indigenous Voice Co-design Interim Report.

The groups were tasked with developing a design for an Indigenous Voice, or Voices.

The UNSW Indigenous Law Centre’s analysis explains why it has undertaken its own analysis:

“The genesis of this report is in concerns that the exclusion of the question of constitutional enshrinement from the terms of references of the Senior Advisory Group and Voice Co-Design Groups has undermined the legitimacy of any final Voice design.”

The public submissions to this process show significant public engagement and support for constitutional change.

The NIAA’s Senior Advisory group has a pending final report due to be released soon.

The analysis contained in the report has been undertaken by three academics at the UNSW Indigenous Law Centre with expertise in constitutional law, Indigenous law and human rights law.