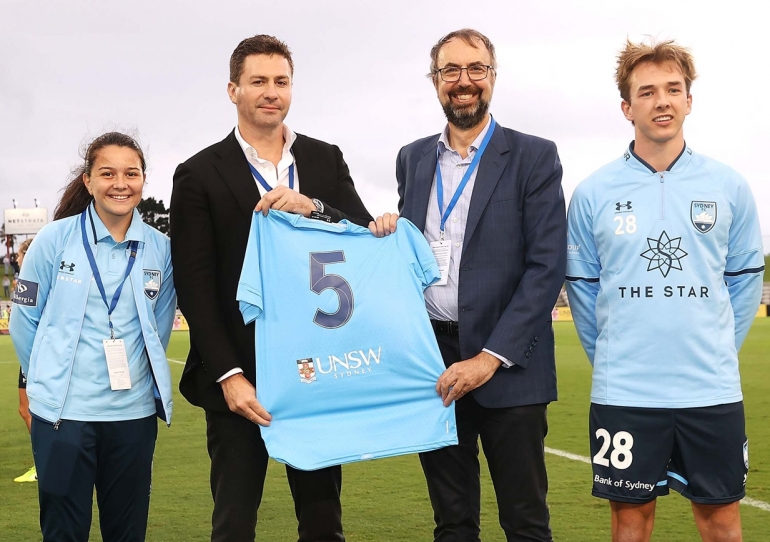 UNSW is supporting some of Australia’s most exciting football talent with its ongoing partnership with Sydney FC.

A five-year extension of the partnership comes as the new identity for football in Australia, A-Leagues, puts a fresh face on the game for both women and men.

The deal will take the University’s partnership with the Sky Blues past the 10-year mark and make it the longest current major partnership in Sydney FC’s history.

The announcement coincides with the exciting news that Sydney FC’s new Female Football Academy, which will develop junior players alongside its other academy teams, is set to be launched early in 2022.

UNSW has been involved with the Sky Blues A-Leagues teams and Academy teams since the partnership began in 2016.

As an athlete, Calem Nieuwenhof – the breakthrough Isuzu Ute A-League Men Sydney FC star – understands the value of having education partnerships more than most.

“The partnership between Sydney FC and UNSW is very valuable, as forming a bridge between professional sport and education is extremely positive, particularly with the culturally diverse profiles of both organisations,” he says.

“I see this as a great opportunity for athletes and students, as sport and education should complement one another to support and encourage more well-rounded individuals.”

It’s set to be a blockbuster season for the young player, both on the field and in the classroom.

“Education is imperative for athletes, as it allows us to keep our options open regarding any potential future career decisions, but importantly it enables athletes to continue learning and developing themselves in different ways,” he says.

“I have found it relatively easy to juggle study with football. The support of the Elite Athlete Program at UNSW has made it very easy for me, allowing more flexibility.

“I am most excited to get back on the pitch and start playing again after an extended time out due to injury [and] for the crowds to be back and to see all the Sydney FC Members out at the games.”

Taking the partnership to new levels

Plus, the UNSW logo can be found on the Sydney FC Academy teams’ playing apparel. 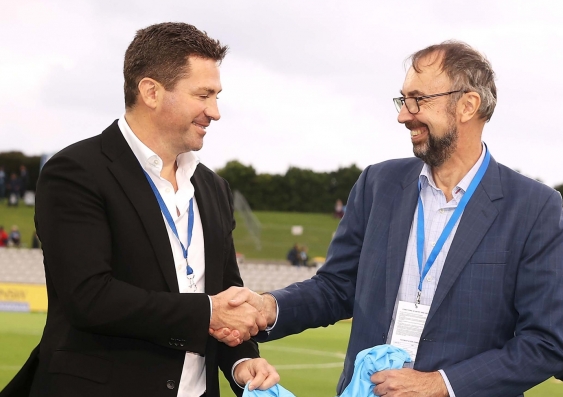 UNSW students will also continue to benefit from the partnership with free ticket offers throughout the season and access to an on-campus supporters club.

“We are excited to be working together again with Australasia’s best football club.

“Sydney FC have been the benchmark for many years now and we are pleased to be able to support their fantastic young footballers to gain a first-class education at one of the world’s top 50 universities.

“We are determined to provide the support for each of those young Academy players who want to progress their studies and careers along with their sporting aspirations.”

Danny Townsend, CEO of Sydney FC and a UNSW Business alumnus, says the partnership is a perfect match.

“We have had an outstanding partnership with UNSW Sydney over the past five years and I’m happy to be able to announce a further five years,” he says.

“They have provided fantastic support for our younger players and Sydney FC’s Academy has gone from strength to strength through our co-operation.”

As the season heats up, the UNSW community can look forward to when Sydney FC moves back to Sydney Football Stadium at Moore Park, with close access on the light rail from campus.

For Mr Townsend, the future is bright for both the club and UNSW.

“There is no doubt many of our current stars and Academy players have benefitted and will benefit in future from the support of UNSW.

“We are looking forward to progressing this partnership with our Academy in the next few years.”