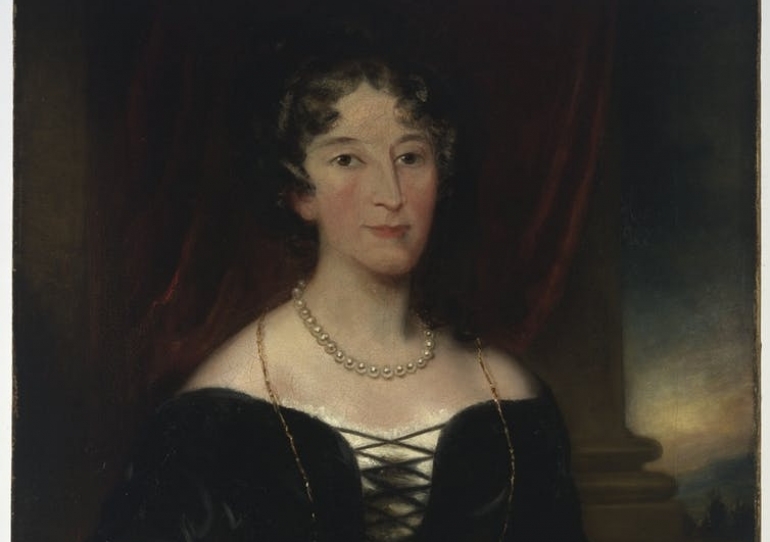 Do not believe too quickly!

This warning prologue begins Kate Grenville’s novel A Room Made of Leaves (2021), a purported long-lost secret memoir by Elizabeth Macarthur that Grenville “found” hidden in a roof cavity.

The award-winning novel reinvented Macarthur, from the dutiful colonial wife of John Macarthur to a passionate, intelligent and empathetic queen of sheep. 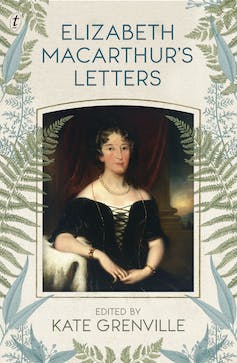 During her reign, Elizabeth Macarthur built a pastoral kingdom, while her Machiavellian husband networked, schemed, and fought court battles in England. The Macarthur name is synonymous with colonialism.

Their first enterprise, Elizabeth Farm, remains a historic house in Sydney’s Rosehill. Likewise, in the Macarthur region (named after the family) of southwest Sydney, their grand home, surrounded by grazing paddocks that once sustained over 5,000 merino sheep, still stands on Dharawal land.

The same cautionary prologue could have opened Grenville’s new companion book to A Room Made of Leaves, Elizabeth Macarthur’s Letters,, in which she once again unsettles expectations of truth, this time in non-fiction form. Grenville presents Elizabeth’s edited correspondence as a knowing fiction. Do not believe too quickly Elizabeth’s accounts of her life and feelings, despite the archival evidence of her faded brown calligraphy.

Instead, Grenville suggests we read them as doubleness and concealment. She writes:

Wondering at the disconnect between the letters and the life, I began to think that Elizabeth Macarthur’s letters could be seen as a wonderful piece of fiction, sustained over sixty years.

smiling to herself as she wrote sentence after sentence of this fiction, relishing the delicious ironies of saying exactly the opposite of what she really thought.

Grenville’s theory is that Elizabeth weaponised irony to write her letters, transforming them from solemn, faithful accounts to sophisticated “embroidering”.

She highlights a letter that describes the colony’s crops as having “flourished in a way nearly incredible” – they had miserably failed. In another letter, written after Macarthur’s return from England, Elizabeth wrote, “you may imagine how great was my joy on the arrival of McArthur [sic]”.

Grenville is bolstered by the knowledge that women’s letters and diaries were largely self-censored, with omissions and careful wording. Employing irony and “embroidering” was essential, for letters were the 19th century equivalent of a Facebook post shared among family and friends.

Lyndsey Jenkins of the Women’s History Network observes that the truth of a woman’s life at this time lies in what is not said in their neat scrolls. Instead, it is found in the

torn out pages and scratched out sentences … offering hints and clues to the unspeakable and unacceptable. 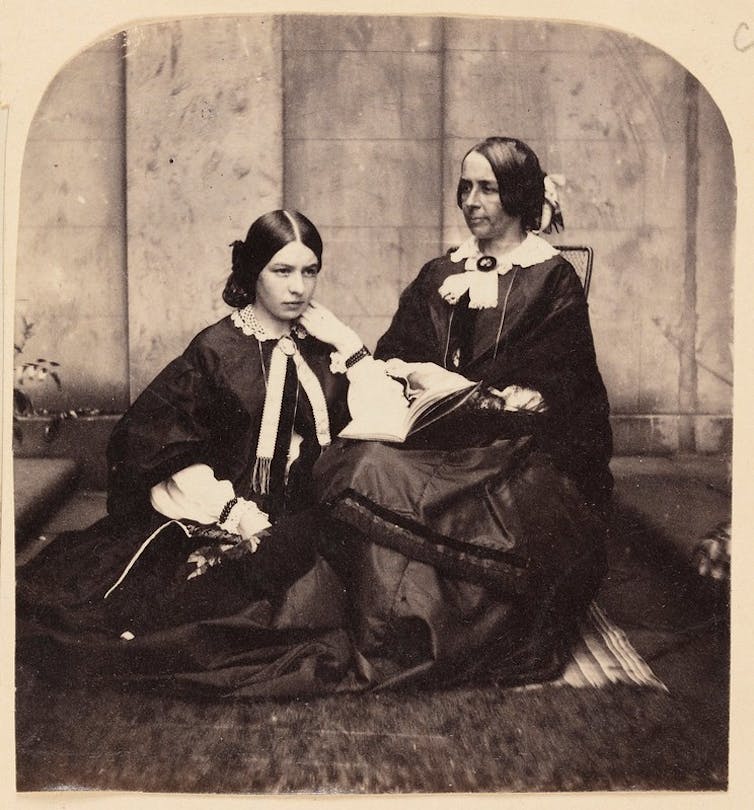 As per a traditional edited book of archival material, Grenville has chronologically arranged these letters, which she “pruned pretty hard”. She explains that the pruning is to remove trivial gossip and family movements, irrelevant to the core of the letters.

She begins with a letter to Elizabeth’s mother in 1789, which Grenville quoted in A Room Made of Leaves, and ends with Elizabeth’s short letter to her son, Edward, in 1849 – the year before her death.

As Grenville acknowledges, she is not the first to publish or transcribe Elizabeth’s letters. But beyond this chronology, the introduction and notes on editing, Grenville departs from convention to deliver a difficult book to a contemporary audience.

The problem of the contemporary gaze

In commentaries that precede each letter, Grenville takes a self-searching, subjective approach that reveals the difficulty of bringing problematic historical material into the contemporary cultural gaze. Should Elizabeth be “cancelled” for her descriptions of the First Nations people whose land she and her husband enriched themselves upon? How should we interpret her careless pity for convicts who built their empire?

Author Ruby Hamad argues that white women as the “virtuous, innocent face of western civilisation”, benefited from colonialism, and enabled it.

As the face of female colonialists, should Elizabeth be exiled back to the archives? Or should her letters be published without censure to remind us of confronting truths that defy political calls to gloss the national history curriculum?

Elizabeth Farm, the home to the pastoralists John and Elizabeth Macarthur, is the oldest surviving European building in Australia. Photo: Brian Yap/Flickr, CC BY

Grenville is obviously in the latter camp, and these questions are softened by the commentary’s disconcertingly breezy, Bridgerton, “Lady Whistledown-of-the-colonies” style, which is apt, given the hit series is set in the same era as Elizabeth’s time in Australia. It reveals Grenville’s contradictory feelings about Elizabeth, as much as the bigger questions around how we re-examine historical figures.

The commentary serves a double purpose as a meta-narrative on A Room Made of Leaves. It gives insight into Grenville’s writing process and narrative decisions.

It also reveals her wobbles as to whether she is right to read Elizabeth as an expert in irony, employed to conceal her dislike of her husband. Perhaps, dear reader, “Elizabeth really was happy with him, as she so strenuously asserts”.

In A Room Made of Leaves, Grenville took Elizabeth’s letters as starting inspiration. She could imagine the woman Elizabeth might have been and who Grenville wanted her to be. In doing so, she could bring Elizabeth into line with contemporary cultural values. But in the Letters, Grenville must instead rely on her own accompanying voice, which is witheringly clear:

Reading Elizabeth’s letters, there were times when I found her unattractive – so much that I abandoned the novel more than once … She could have had a more humane perspective, and I wish she had.